This case concerns the horrific rape and sexual assault of Mrs X at the four-star Club Bentota Hotel whilst she was on a 15 day package holiday booked with Kuoni Travel Ltd in Sri Lanka.

In the early hours of 17 July 2010, whilst on the hotel grounds, X asked an on-duty hotel employee for assistance with guidance to the reception area of the hotel. He led her along a route, which he said was a short cut, but was in fact to the engineering room where he sexually assaulted and raped her.

A claim was brought pursuant to the terms of the holiday contract and in accordance with section 15 the Package Travel Regulations 1992 (the “Regulations”) against Kuoni Travel Ltd. These Regulations implement the 1990 Package Travel Directive (the “Directive”) and impose a liability on Kuoni for proper performance of the contract even if the services are to be provided by its local suppliers.

This avoids the need to pursue a claim against the hotel in Sri Lanka. The Directive and Regulations provide a unique form of liability and restrict the Defences available to Kuoni.

Kuoni defended the claim on the facts and on the basis that the rape did not constitute improper performance of the package contract, but occurred outside the ambit of the facilities and services contracted for. Kuoni also raised the defence contained within Regulation 15(2)(c)(ii) -

(c) such failures are due to…

(ii) an event which the other party to the contract or the supplier of services, even with all due care, could not foresee or forestall.

The claim was initially heard in the High Court QB division in Birmingham by HHJ McKenna in 2016. He dismissed the claim on the basis that the assailant hotel employee was not Kuoni’s ‘supplier of services’.

He held that the employee’s actions did not form any part of the services that Kuoni had agreed to provide under the package holiday contract. He also held that Kuoni would have been able to rely on the foreseeability defence in accordance with Regulation 15(2)(c)(ii).

HHJ McKenna’s Judgment was appealed to the Court of Appeal. Judgment on the appeal was delivered in 2018. The appeal was dismissed in a majority judgment of Sir Terence Etherton MR and Asplin LJ, with Longmore LJ dissenting. The majority held that the employee’s actions did not form part of the package holiday contract and that the 1992 Regulations were not designed to allow a claim against Kuoni for the wrongful conduct of a hotel employee, where that conduct was “not part of the role in which he was employed”.

The majority also held that the employee was not the ‘supplier of services’ within the meaning of Regulation 15. Instead, it found that this was the hotel, and so there was not, they said, the required contractual relationship between the employee and Kuoni and that there was no reason for imposing liability on Kuoni when neither it nor the hotel was ‘at fault’. The effect of this judgment was to raise major concerns about the adequacy of consumer protection.

A further appeal was lodged at the Supreme Court, which delivered a preliminary judgment following a one day hearing in 2019. The Supreme Court also referred the claim to the Court of Justice of the European Union (CJEU).

The CJEU was invited to assume that guidance by a member of the hotel staff was a service within the “holiday arrangements” which Kuoni had agreed to provide and that the rape and assault constituted improper performance of the contract. The CJEU was asked to consider the following –

Advocate General Szupnar provided an opinion in November 2020, which stated that Kuoni should be held liable on the basis that guidance by the assailant hotel employee amounted to an ancillary service to the holiday contract. He also said that the article 5(2)(iii) defence did not apply as it was not an ‘event’ that an organiser could not foresee or forestall.

The CJEU then provided its Judgment in March 2021 which reaffirms the overarching objective of consumer protection of Council Directive 90/314/EEC.

Whilst the CJEU found that an employee of a supplier does not fall within the definition of a ‘supplier of services’ in accordance with Article 5, this does not prevent an employee’s actions being treated in the same way as those of the supplier who employs that person to perform the relevant services.

As a result, the package travel organiser is liable for non-performance or improper performance of the package holiday contract by an employee of a supplier of services.

Turning to the Defence as set out at Article 5(2)(iii), the CJEU ruled that any exemption from liability must be interpreted strictly. They say that an event which cannot be foreseen or forestalled must be interpreted as a fact or incident which is not within the ‘sphere of control’ of the organiser or supplier of services. As the acts/omissions of a hotel employee, in the performance of the holiday contract, are within this ‘sphere of control’, they cannot be regarded as events which cannot be foreseen or forestalled.

The CJEU therefore ruled that a package tour operator cannot rely on the Article 5(2)(iii) defence where the facts that have led to the claim are as a result of the act/omissions of the employee of a supplier of services in the course of their provision of a service contracted for with the organiser.

The Supreme Court has now delivered its final Judgment which concurs with the Judgment of the CJEU.

The Court took a ‘broad view of the scope of obligations undertaken by an operator under a package travel contract.’ In so doing, it found that ancillary services, such as the guidance of hotel guests around the grounds, was a service that was contracted for, that N’s provision of that service in this case formed part of Kuoni’s obligations and the rape and assault of X constituted a breach for which Kuoni is liable under both the regulations and in breach of contract.

The Court also found that the Defence under Article 5(2)(iii) should be viewed narrowly and ‘has no application where a failure of performance of obligations under a package travel contract is the result of acts or omissions of employees of suppliers of services performing those obligations.’

The Supreme Court and CJEU judgments represent a welcome win, not only for X but also for Claimants generally who are pursuing claims as a result of the acts/omissions of employees/contractors of the supplier of services.

Both judgments will have a wide reaching effect on many package holiday cases with different factual scenarios, as these judgments have overturned what was a damaging judgment from the Court of Appeal and reaffirmed that the fundamental purpose of the Regulations is to provide a high level of protection for consumers on package holidays and that any exemption from tour operator liability must be interpreted narrowly.

This claim was brought in accordance with the 1992 Regulations, which have now been superseded by the Package Travel and Linked Travel Arrangements Regulations 2018. The new regulations provide for liability for tour operators for the actions of ‘other travel service providers’ in the performance of obligations agreed in the package holiday contract. The aim of this change is to provide increased protection for holidaymakers.

We are hopeful that this case serves as guidance that will be borne in mind by tour operators when they are faced with package holiday claims moving forwards, whether those claims are brought under the 1992 or 2018 regulations.

Both judgments will have a wide reaching effect on many package holiday cases with different factual scenarios, as these judgments have overturned what was a damaging judgment from the Court of Appeal and reaffirmed that the fundamental purpose of the Regulations is to provide a high level of protection for consumers on package holidays and that any exemption from tour operator liability must be interpreted narrowly. 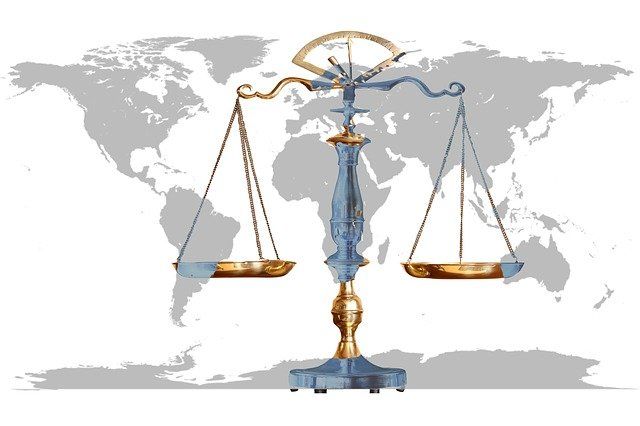