by Yogi Amin, Partner, and Alexander Terry, Solicitor, in our Public Law and Human Rights team

In January 2021, the Government commissioned an Independent Review of the Human Rights Act 1998 (HRA). On 8 July 2021, the Joint Select Committee on Human Rights (JSCHR) published a report on the topics which are to be the focus of that review.

The HRA gives domestic effect to the European Convention on Human Rights (ECHR). The ECHR is an international treaty which was originally drafted in 1949. British lawyers were instrumental in the drafting of the Convention and the UK was the first nation to ratify the convention in March 1951. Members of the public have been able to enforce the various human rights and political freedoms set out in the Articles of the ECHR by taking their claim to the European Court of Human Rights (ECtHR) in Strasbourg since 1966.

The HRA sought to “bring rights home”, by allowing domestic UK courts to apply the law of the ECtHR, so that a claimant did not have to take their case to Strasbourg. This made it more practical and less costly for people to enforce their rights. The HRA has since had a wide impact both inside and outside of the courts.

The findings of the Joint Select Committee Report

In summary, the JSCHR found that the HRA has had a positive impact on the enforcement and accessibility of rights in the UK, and concluded that “there is no case for changing the Human Rights Act”. The Report also scrutinises particular sections of the HRA, their effect in law and their impact in reality.

Section 2 of the HRA requires that the courts must take into account previous judgments of the ECtHR which are relevant to a particular case before it.

Section 2 enables the courts to take advantage of the “margin of appreciation”. This is the discretion given to contracting states of the ECHR about the practicalities of how Convention rights are given effect in domestic law. Section 2 alongside the margin of appreciation allows UK courts give effect to the rights of the Convention and apply ECtHR case law, without requiring absolute deference to those decisions.

The JSCHR found that fewer cases from the UK are litigated in the ECtHR than before the HRA. On the basis that it is clear in that the HRA requires UK courts to take account of Strasbourg decisions, the ECtHR can be confident of the UK’s commitment to protecting human rights standards and the processes required by the HRA. This gives the UK a wide margin of discretion.

The JSCHR conclude that section 2 strikes the correct balance – it does not arbitrarily bind the UK courts to decisions of the ECtHR but it encourages the courts to sensibly engage with relevant decisions. If the UK courts did not do this, there would be more successful appeals to the ECtHR. The JSCHR suggests that changing the operation of section 2 would be “unnecessary, unhelpful, and counterproductive.”

The JSCHR indicate that there is no evidence to suggest that UK courts are wrongly applying this power and there have been no identifiable instances where Parliament has been required to correct a court’s interpretation of legislation.

On this basis, the Committee found there was no reason to amend or repeal this section of the HRA.

There have been just 43 declarations of incompatibility since the HRA was passed, and nine of those were overturned on appeal.

Article 13 of the ECHR

Article 13 of the ECHR is the right to an “effective remedy” where there has been a breach of a convention right. The JSCHR emphasise that any changes to the HRA which limits, waters down or exclude certain people from human rights protections has implications for the UK’s commitment to Article 13.

The Committee argues that any changes to the HRA which weaken human rights protections not only damages individual rights, but it also has the additional effect of interfering with the UK’s ability to comply with its obligations under Article 13.

In addition to making no suggestions for reform, amendment or appeal of the HRA, the Committee points out that the Independent Review of the Human Rights Act is not the only review of Public and Human Rights law recently commissioned by the Government. The recent Independent Review of Administrative Law considered proposed reforms to judicial review – the principal mechanism of challenging decisions of the state and enforcing human rights protections. Following this review, the Government has nonetheless indicated it wishes to legislate to reform judicial review through the recently published Judicial Review and Courts Bill. These reforms may impact upon access to justice and the UK’s compliance with the ECHR.

Irwin Mitchell provided this Response to the Committee’s Call for Evidence on the Independent HRA Review.

We welcome the findings of the JSCHR report and share the widely held concerns regarding rhetoric towards the legal mechanisms which allow the Government to be held to account. We support the Committee’s view there is no evidence of the misuse of human rights laws via the HRA, which is a vital tool to protect people’s fundamental rights. We also welcome and support the Committee’s suggestions that further steps should be taken to secure access to justice by reviewing the means testing for Legal Aid, which impacts the ability of the most vulnerable in our society to protect their rights.

Find out more about the ways we can help you at our dedicated protecting your rights section.

We support the Committee’s view there is no evidence of the misuse of human rights laws via the HRA, which is a vital tool to protect people’s fundamental rights. 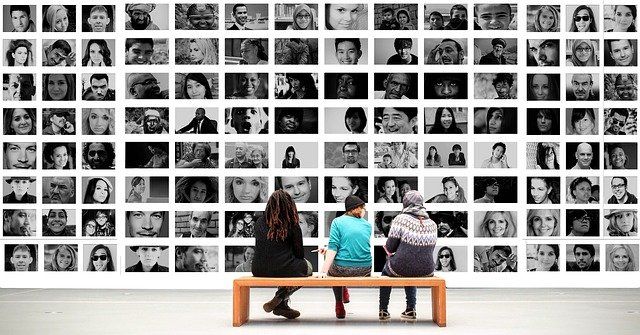