Thinking of taking to the skies soon? With the US opening its borders to vaccinated travellers, now might be a good time to brush up on your plane etiquette, says Vincent Nichol a specialist aviation lawyer at Irwin Mitchell.

There has been a recent surge in aviation incidents involving unruly passengers. In the US, the Federal Aviation Authority has reported a fourfold increase in the annual rate of such occurrences.

It would appear that many of the infractions involve non-compliance with newly introduced Covid safety regulations, notably the use of personal protective equipment. Whilst it is true that there is a complex patchwork of regulations for passengers to navigate, ultimately, in most cases, it is incumbent on passengers to familiarise themselves with these and adhere to them.

Passengers who fail to comply with the rules or otherwise engage in unruly behaviour during carriage by air can not only see their travel plans disrupted or cancelled, but also possibly open themselves up to fines, civil liability, and even criminal prosecutions.

Airlines, industry bodies, and civil aviation authorities worldwide are beginning to take an increasingly zero-tolerance stance towards unruly passengers. It is likely that many would-be offending passengers are unaware of the potentially serious ramifications of disrupting flight operations.

The average passenger has probably given little thought to the enormous expense an airline can incur should it have to divert a flight. There are additional fuel and landing costs, as well as disruption to the aircraft’s flight schedule.

Airlines like to keep aircraft in the air where they are generating profit, not stuck at the wrong airport racking up parking and opportunity costs. Then of course there are all the other passengers who may need to be transferred onto other flights, provided with subsistence and accommodation, and if flying to/from the EU may be entitled to additional compensation.

The UK Civil Aviation Authority estimates that a flight diversion can cost between £10,000 and £80,000, depending on the size of the aircraft and where it diverts to.

Airlines and their insurers are very much alive to this issue. Many carriers will have in their general conditions of carriage a clause whereby passengers agree to indemnify the airline for any losses sustained if a diversion becomes necessary due to their unruly conduct. In other words, passengers are contractually obliged to compensate the airline for the costs of diverting the aircraft if they caused said diversion by unacceptable and/or dangerous behaviour.

In the UK, disruptive behaviour on board an aircraft due to intoxication can get you a £5,000 penalty (as well as a possible custodial sentence – see further below). In the US, the FAA is taking an increasingly hard line approach to serious unruly behaviour – one passenger who recently became violent towards cabin crew is facing a $52,500 fine. Although the FAA cannot file criminal charges it can propose fines, and in 2021 alone it has already proposed $682,000 in fines against unruly passengers.

The Tokyo Convention 1963 aims to clarify certain issues with regards to passengers’ conduct on board, perhaps most importantly the applicable jurisdiction in which such passengers can be prosecuted.

It was agreed that in most cases, this would be the state in which the aircraft was registered. On 1 January, 2020, the Montreal Protocol 14 came into effect, and this extends jurisdiction to the state of landing and the state of the operator of the aircraft, thereby widening the scope of potential criminal prosecutions passengers might face.

From the passenger’s perspective, in practice, an aircraft could be diverted virtually anywhere and the passenger could face arrest and criminal prosecution upon disembarking in the relevant state. Needless to say, not all jurisdictions have equally robust judicial systems, and therefore this mechanism adds significant risk to the passenger.

At present the Montreal Protocol 14 only has 36 signatories, but industry bodies such as the International Air Transport Association (IATA) have been campaigning for more states to adopt it.

With the skies cautiously opening up again it is understandable that people are keen to travel, but it is important to remember to do so safely and responsibly.

Passengers should thoroughly familiarise themselves not only with the Covid-19 restrictions in place for travel to a particular country, but should also consider the protocols put in place by the specific airline they are flying with and be prepared to comply with those. Those who fail to do so are unlikely to fly under the radar.

"The average passenger has probably given little thought to the enormous expense an airline can incur should it have to divert a flight....The UK Civil Aviation Authority estimates that a flight diversion can cost between £10,000 and £80,000, depending on the size of the aircraft and where it diverts to." 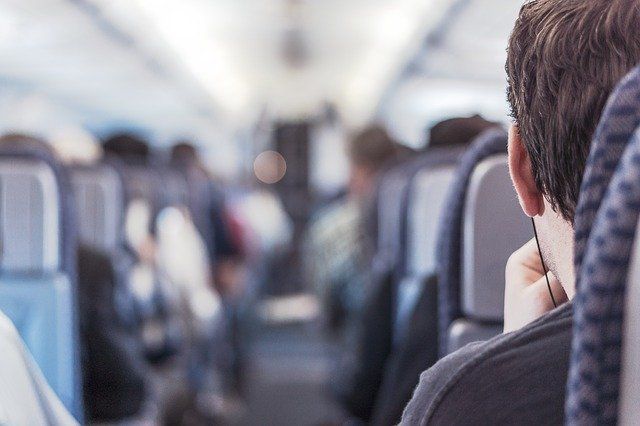