As the autumn draws in, unfortunately the debate around the safety of electric scooters (e-scooters) rages on.

Less than two weeks ago, a young boy was hospitalised following a collision at the Bournemouth Air Festival in Dorset. In this case, it was fortunate that the child involved only suffered a fractured collarbone; it could have been a lot worse.

As I was driving home from the office last week, I observed a delivery rider, in the uniform of one of the large food delivery outfits, riding a privately owned e-scooter. How do I know it was privately owned? Because in Southampton, all of the publically permitted e-scooters, and therefore, the only legal e-scooters, are bright pink. This one was black, and being ridden on the road.

Did the delivery company know he was riding it? Was he insured to ride it? Given that it is illegal to ride a privately owned e-scooter on the road in the UK, you would imagine not.

This led me to think about an interesting question for personal injury claimants. If you were involved in an accident with a delivery driver using a privately owned e-scooter, where would you stand in respect of indemnity and liability? Using an e-scooter for deliveries seems perfect. The running costs are low, relatively low physical exertion required, and a great way to make money given the constantly booming business of delivery food.

Perhaps the obvious answer is that you would have a course of action against the employer, as they would be vicariously liable for the actions of their employee, and, following the Supreme Court Decision in Uber BV v Aslam, we know that riders and drivers are considered or least are highly likely to be considered employees of these organisations.

But is that the end of the story? Take one delivery company which provides rider insurance for all of its riders as an example. Would such insurance cover a rider using an illegal vehicle such as a privately owned e-scooter? One would imagine not. It is also highly unlikely that the rider will have their own insurance, on the basis that a) such insurance is not available as privately owned e-scooters are illegal, as we have established already, and b) they likely assumed they were covered by their employer’s rider insurance.

Even if the rider were using a rented e-scooter through one of the trial schemes, where public liability insurance is generally included as part of the rental, all of the local schemes in Hampshire and Dorset specifically prohibit use of the scooters for commercial activities including deliveries. Contravention of that very clear provision would, presumably, void that insurance in any event.

Where does this leave us?

So where does that leave us? A potential steady stream of claims against delivery firms, where there is no insurance. One can only imagine that such companies will be actively looking for ways to avoid having to meet such claims.

If riders are prohibited in their rider agreements from using illegal vehicles, might an employer try and argue that a rider using such a vehicle was on a frolic of their own rather than riding in the course of their employment, and therefore deny liability?

An added complication to this is the Vnuk issue. The ECJ’s decision in that famous Slovenian case extended compulsory motor insurance to any vehicle being used anywhere, for any purpose for which it was intended. This was more recently narrowed by the ECJ so as to include “as a means of transport” given the wide definition arising in Vnuk.

With a discussion around retained EU law and the extent to which the 6th Motor Insurance Directive will continue to have effect in English law in the future (the Government has announced plans to legislate so as to remove “Vnuk law”), there is a great deal of uncertainty in this area.

For now though, it would appear that under the Vnuk definition, all e-scooters must be insured to be ridden on the road, and should a situation arise where a delivery company's rider insurance is void, or where the included public liability insurance on an approved e-scooter is void, the MIB should pick up any unsatisfied judgments. This, in my view, should remain the case until there is a substantive change in the law.

Awareness of the law is key

Even though it seems likely that a claimant would be successful in such a scenario, the inevitable outcome is a delay in claims being dealt with, and claimants potentially being unable to access vital early rehabilitation.

So what is the answer? It seems to me that, in addition to the growing body of warnings and awareness from police forces and local authorities, the delivery companies themselves should be actively reminding riders and drivers that they must not be using e-scooters.

Awareness is key to this issue, and even now, there remains a relatively poor understanding of the rules around the use of e-scooters. The Government need to act now to bring clarity to these issues, or further confusion is bound to follow.

Awareness is key to this issue, and even now, there remains a relatively poor understanding of the rules around the use of e-scooters. The Government need to act now to bring clarity to these issues, or further confusion is bound to follow. 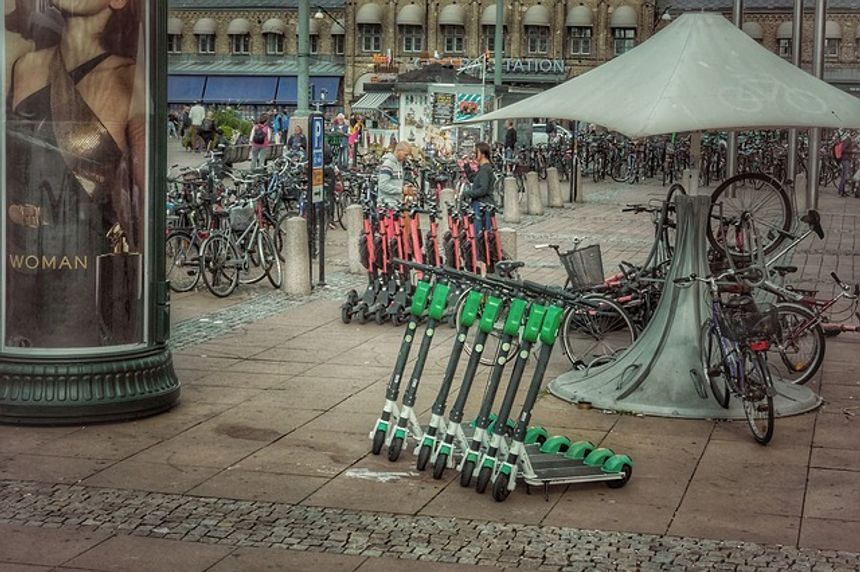