I went for a haircut at the weekend. As I was waiting, I saw an advert. The advert was for an individual who could make repairs and “mods” to e-scooters. I was concerned by this.

Sheffield, where I am based, does not permit e-scooters on roads or other public places. We are not participating in a pilot which is regulated and which would have insurance and licence requirements.

However, as has been highlighted by me previously, the usage of e-scooters across the UK is at a record level and it now appears that the police are fairly relaxed about the new phenomenon unless serious criminality is involved in addition to riding the e-scooter unlawfully such as, for example, dangerous driving or “drink riding”.

My experience comes off the back of a recent news article about Dr Scooter. This is an organisation that is selling a 7,000 watt Dokma Black Ninja e-scooter for £2,800 which can travel at speeds up to 72 mph, faster than the speed limit for legal vehicles on our motorways. There are concerns that they do not meet trading standards.

There are currently 50 towns and cities taking part in the e-scooter pilot. The maximum speed is 15.5 mph, some 56.5 mph slower than the Dokma Black Ninja.

It remains unclear what the Government intends to do in respect of insurance for e-scooters. If an e-scooter strikes and injures a pedestrian on a road or other public place, it is likely that the Motor Insurers’ Bureau, under the Uninsured Drivers’ Agreement or the Untraced Drivers’ Agreement, would meet a claim for damages.

However, if the e-scooter was being ridden elsewhere, the insurance provision is more complicated. As a result of a European Union Court Judgment, the Motor Insurers’ Bureau could be forced to indemnify, even though it would be unlikely to accept that initially.

However, the Government has recently indicated plans to reform motor insurance law, meaning that innocent seriously injured victims could be left without a remedy after being struck by an e-scooter. With sales souring, this would self-evidently be an entirely unsatisfactory position.

Super-powered e-scooters which can travel at up to 72mph are being sold by UK firms despite a warning they do not meet trading standards. 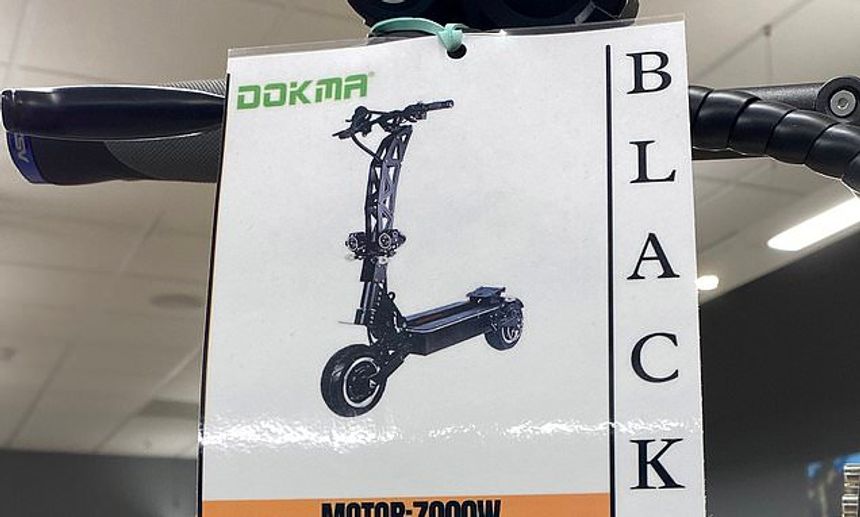