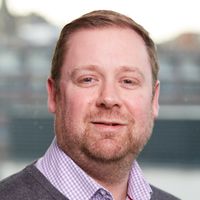 On Thursday, 4 November 2021, we heard from a range of speakers across the world of healthcare litigation – lawyers, clinicians, harmed patients, patient safety organisations and policy makers. The message was clear: if we work together, we can make the current litigation process a more constructive one for all involved.

It’s important to recognise that there are some improvements that could be made in respect of the efficiency of the process, which would bring down the costs involved, and its contribution to improving patient safety.

In order to make those improvements though, there needs to be a better understanding of the underlying causes of those issues which can’t be attributed to any one particular party to litigation. Because those are not well understood, the response can be to question the system as a whole and look for alternatives rather than to work on improving the existing process, which is still fundamentally fit for purpose.

In my view, the way that we all work together in this space provides the key to tackling these challenges; in fact NHS Resolution in its recent Annual Report made a particular point of attributing the reduction of legal costs to “a greater cooperation between the parties”.

Jasmine Armstrong, Partner at defendant law firm Weightmans, and I acknowledged that, for specialist medical negligence lawyers, there is great value in good working relations with their counterparts to achieve the best result for the patient involved.

We heard from Joanne Hughes, co-founder of the Harmed Patients Alliance, who spoke of the importance of recognising the needs of all involved as part of the process and the value that adopting a restorative approach, where the harmed patient/their family on the one hand and the healthcare staff on the other are at the centre of the approach to litigation.

There is a lot that can be learned from this approach which can be influence the way we undertake litigation. That doesn’t need an overhaul of the system but rather a change in mindset in which we look to make good use of alternative dispute resolution. Of course for that to work it requires everyone to work on building trust and to approach the process in good faith.

Sue Lea, a client of Irwin Mitchell, spoke movingly about her son, Jasper, who sustained a brain injury during his delivery and tragically died at just two-years-old. She recalled how their family was catapulted into a desperate situation that was not of their choosing, in need of compassionate support and advocacy.

She spoke of the guilt in pursuing a claim for damages to provide for her son’s needs and the need to destigmatise the process: she said that that there was a danger of canonising the NHS to create an organisation which becomes almost impossible to criticise.

She said: “We need to change the discourse so that litigation is not action you take against the NHS but an acceptable part of learning for our health service [..] to deliver improvements for everyone.”

She went on to discuss her experiences of a mediation which involved those closely involved with the maternity unit where her son was born; unusually the mediation was not at all focussed on the financial settlement but on addressing why things went wrong in her son’s care, the inadequacies of the initial internal investigation and what had been learnt from both. That gave Sue and her husband, Alex, a measure of closure that they didn’t expect to achieve.

Tim Draycott, obstetrician, and Dr Denise Chaffer, director of safety and learning at NHS Resolution spoke about the work that has been done to capture learning in the hope of preventing harm in the future. There is great scope for this further work and all of us in litigation can play our part.

Jeremy Hunt MP, Chair of the Health and Social Care Select Committee addressed the audience on what he had learnt during his time as health secretary and the sad reality of the extent of negligent mistakes in the NHS.

Clearly, he believes that there are viable alternatives to the current system and that we should look at the experiences of other countries such as Sweden.

His comments were not allowed to go unchallenged by those who recognise that it isn’t possible to reproduce the Swedish experience in England for a whole host of reasons: the costs involved, the taxation system, the healthcare and social care systems, to name a few.

If policy makers are to look at this system then we need to have a sensible debate rooted in reality.

During the webinar, what came across clearly was that there are a great many people in the world of healthcare litigation who are committed to improving the way we do things and that collaboration between everyone involved is key.

The answer is not to dismantle a system that has evolved through careful scrutiny by the judiciary and parliament and is part of our very established framework of how we interact as a society and prevent harm, whether that’s on our roads, in the work place or indeed in healthcare.

So the first thing to look at is how the healthcare system responds to patient safety incidents in the first place – for me this is the key - how they are investigated, how the family is engaged, the use of external analysis to identify what went wrong, identifying lessons and embedding change if that’s what is needed.

There still remains a frustrating focus on reducing the value of damages for the harmed patient or their legal costs rather than cutting out the problem at source by preventing harm in the first place. Better responses to patient safety incidents would not only ensure that the learning is fed back into the system but also that clients and their families are given the explanations and assurances they need at an earlier stage.

You can view a recording of the webinar at https://youtu.be/xdfkYJiE47Y

Find out more about Irwin Mitchell's work in supporting people and their families following care issues at our medical negligence section. 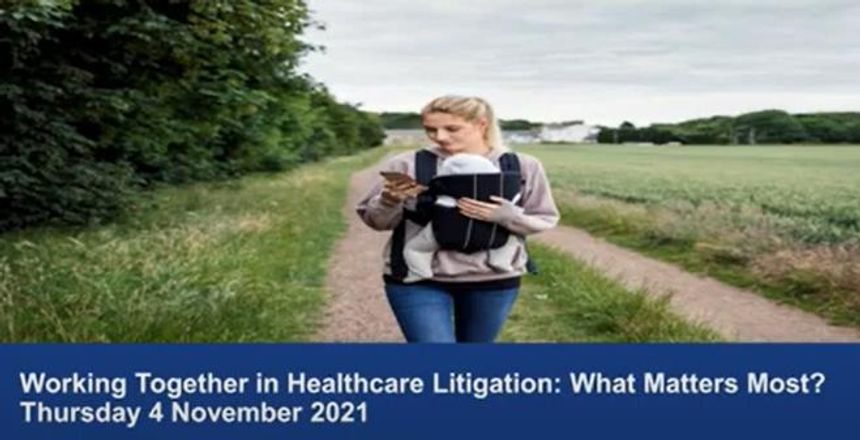