By Georgie Woolmer, a serious injury lawyer at Irwin Mitchell

Electric Scooters (e-Scooters) have been labelled a ‘major safety concern’, with private e-scooters being said to be less safe than those available under rental schemes.

E-scooters – what are the trials?

E-scooters remain illegal to ride on public roads as they are covered by the same legislation as motor vehicles but can’t meet the same requirements.

The Department for Transport is currently trialling the use of e-scooters in controlled areas to gather evidence about their use and whether or not to change their legal status.  Use is only permitted and legal within trial zones.

At present, 55 areas across the country are engaged in E-Scooter trials where members of the public are able to rent an e-scooter and use it in the designated zones in their local area.  In the current trial, e-scooters can be used on the road save for motorways and in cycle lanes. They must not be used on the pavement.

Upon renting an e-scooter, riders will typically have to undertake a safety briefing before their first ride but no other formal riding training or experience is required.  Each e-scooter has a number plate assigned to it, and is typically restricted to a 15.5mph speed limit carrying across different areas within the designated zone.

One rider participating in the Canterbury E-Scooter trial reported a sudden burst of speed when standing on the scooters and pressing the throttle. The scooters are reported to be heavy yet sturdy. Helmets are advised but not provided and many riders subsequently don’t wear one as a result. We test out Canterbury e-scooters as trial rolled out in city centre (kentonline.co.uk).

Areas such as Canterbury, Portsmouth, Bath and Bristol have confirmed the extension of the e-scooter trials for a further year, taking their use well into 2022. Many councils have praised the trials as great successes, with Gloucestershire Council explaining that the trial has integrated well into the transport mix (E-scooter trial in Gloucestershire to be extended into next year - Gloucestershire Live).  More participants are expected to follow suit.

Privately owned e-scooters are only legal to use on private land largely due to the lack of regulation and legislation around road safety and vehicle classification capabilities.

When using rental e-scooters, various safety measures are in place to assist with making the e-scooters ‘road legal’ and to maximise the safety of the public, as outlined above, such as speed limits and zoned off areas.

The concern is that, with private e-scooters, these measures do not exist. Furthermore, privately purchased e-scooters can have top speeds of 55mph and, due to the high riding position, high centre of gravity and small wheels, riders are more vulnerable if they lose control.  Without these vehicles being limited as to speed, the risk of injury significantly increases.  This risk is increased without the use of the correct safety equipment and brake levers to assist emergency stops.

How to stay safe

The Parliamentary Advisory Council for Transport Safety (PACTS) has recently reviewed the position with e-scooters and has released its report on safety, available here: Assessing the safety of private e-scooter use in the UK - PACTS research - PACTS.

The report warns that private scooters are unlike rentals as they are not speed limited and do not currently have to meet any safety or performance standards. This area is largely unregulated.

The use of private e-scooters outside of private land is illegal but many people have been purchasing these vehicles for use outside of a trial. A total of 35,000 e-scooters have been sold to date in the UK, according to GEM Motoring Assist.  Casualties are growing across the UK with 33 total casualties and nine deaths to date throughout 2021.

The UK’s National Federation of the Blind has called on the Department for Transport to halt city trials, explaining that blind and visually impaired groups are bring put at increased risks of harm. The charity express concerns over how trial zones have become ‘no-go zones’ for the visually impaired, with one individual explaining that the sudden ‘whooshes of air’ as an E-Scooter passes cause great anxiety and can lead to really serious injuries (E-scooters: Campaigners for blind and visually impaired groups demand an end to city trials | UK News | Sky News) (E-Scooters - NFBUK).

Simon Foster, police and crime commissioner for the West Midlands has written to the Transport Secretary asking for e-scooter sales to be banned until they are made legal on the roads and warns that more vandalism, thefts, collisions and deaths will occur if this action isn’t taken (Ban e-scooters until they are legal on UK roads, crime commissioner urges ministers | Daily Mail Online).

In order to stay safe, use of a helmet and staying away from busy roads is advised. E-scooters look to be here to stay and, as a result, we should be really conscious of safety when riding them.  Taking the same precautions that we would take when riding a bicycle is a good way to increase safety and visibility on the roads and reduce the chances of being involved in an accident.

Find out more about e-scooters, the law and supporting people following accidents at our dedicated e-scooters section. 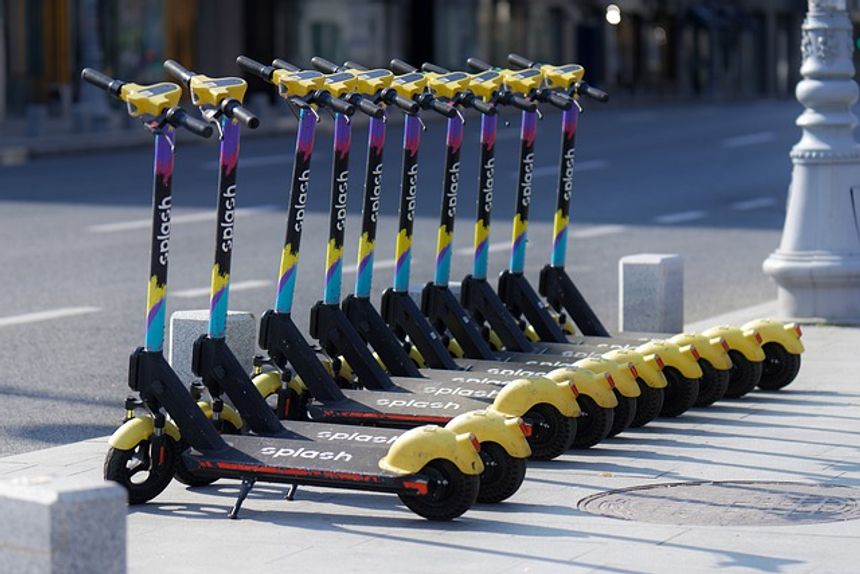