Service personnel, including those who served in Iraq and Afghanistan, have survived battlefield injuries that would have not been survivable just decades ago due to advancements in medicine and equipment. This presents an opportunity to identify any long-term risk factors that arise out of sustaining severe combat trauma.

The ADVANCE Study is funded through the ADVANCE Charity and organisations which support it include the Headley Court Charity, Help for Heroes and BLESMA. The research was presented at the American Heart Association’s Scientific Sessions in November.

The first key findings have now been published and will no doubt be studied by health care professionals all over the world. Other findings are expected to follow as the men will be studied over 16 years. The aim is to learn lessons for future conflicts but also to identify appropriate support for those who are injured and their families.

The injured cohort were significantly more likely to have metabolic syndrome which increases the chance of a cardiovascular event; the risk was two-fold higher for those who sustained the most serious injuries.

There was also a link to increased arterial stiffness, a marker of increased cardiovascular disease risk.

Factors identified by Donald Lloyd-Jones MD Sc.M FAHA  - President of the American Heart Association - include the stress related to an injury, disruption of sleep and an enforced sedentary lifestyle leading to factors such as a less healthy diet. The study has led to consideration of therapies such as meditation and psychotherapy as well as exercise and medication going forward.

Those of us who have acted for these severely injured servicemen will have seen medical reports gathered for litigation which refer not only to the physical injuries, but also adjustment difficulties arising from extended hospitalisation and rehabilitation, the inability to engage in work, exercise and sport as before and altered family dynamics.

A major adjustment is often required when the client transitions to civilian life, usually after medical discharge with all the challenges this new unfamiliar environment presents to someone who is injured.

Military life is challenging but clients also find it rewarding often referencing intense camaraderie, variety and opportunity. Military life also has a range of employment benefits including healthcare and accommodation that need to be replicated in civilian life, an effort  which may or may not be helped by institutions adopting the Armed Forces Covenant.

The reference to families in the study is welcomed as they too have to adjust to family life after injury.

Studying the consequences of combat trauma is important for the health systems who are responsible for looking after these patients for the rest of their lives.

The story of the Guinea Pig Club (for members of the Air Services with burns injuries) formed during the Second World War is told by Dr Emily Mayhew, a military medical historian we have worked with at Imperial which houses the Royal British Legion Centre for Blast Injuries Studies, in her book of that name.

It’s members were unexpected survivors of conflict and building on that legacy is the CASEVAC Club formed in 2017. The CASEVAC club is limited to service personnel seriously wounded in Iraq and Afghanistan and it’s aims include contributing to the advancement of medical science. Although smaller in number than the ADVANCE study, the aim in this regard is the same, as part of an important conversation about what the future beyond injury needs to hold.

Find out more about Irwin Mitchell's expertise in supporting armed forces personnel and their families at our dedicated military injuries section. 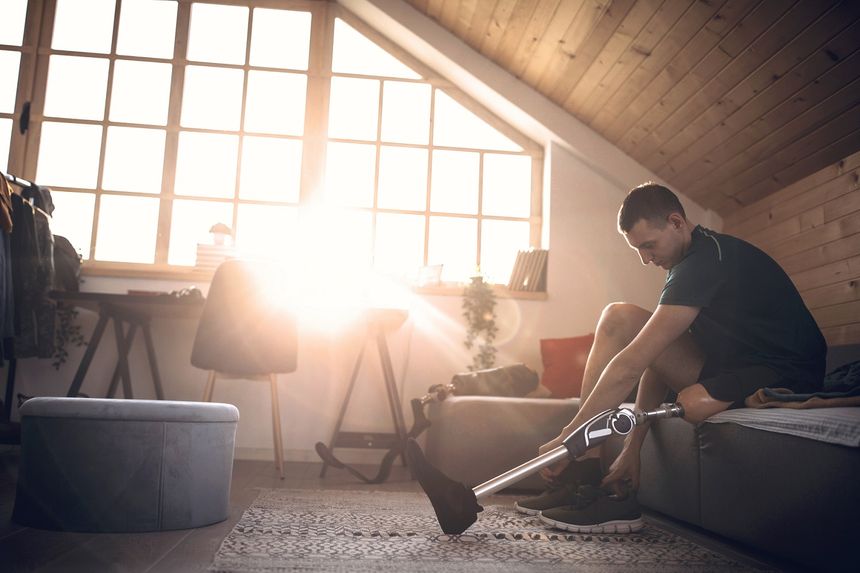 The Armed Forces Covenant: Is it still fit for purpose?
Andrew Buckham