It’s winter. International borders are opening up. Covid tests for fully vaccinated travellers arriving in England are being scrapped from 4am on 11 February. Holiday companies are offering huge deals with major savings to be had on breaks away.

The attractive proposition of a holiday in open-air surroundings in the current climate means Britons are flocking to book winter sports’ holidays, with demand almost returning to pre-pandemic levels. This news is inevitably seen as a positive sign by many in the winter sports’ industry.

But whilst winter sports can be enthralling, they don’t come without risks. This was sadly evidenced by the recent death of acclaimed French actor Gaspard Ulliel, who passed away after sustaining a catastrophic head injury in a collision with another skier on the slopes of the Savoie region of the Alps in January.

The Most Dangerous Winter Sports 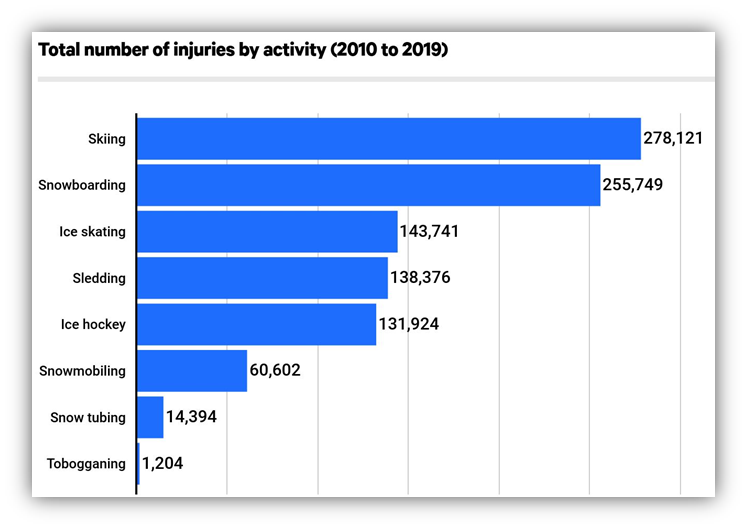 Most Dangerous Winter Sports of the Past Decade – Value Penguin

The Most Common Winter Sports’ Injuries

Regrettably, we are frequently instructed to act in fatal winter sports’ cases. Such fatalities most often arise from skiing and snowboarding. Happily, over the past decade such fatalities have decreased. During the 2017/2018 winter sports’ season, 37 fatalities occurred out of the 53.3 million skier/snowboarder days reported for the season. This figure was down 19 per cent from the 44 fatalities which occurred in the 2016/2017 season, with the fatality rate being less than one fatality per 1,000,000 skier visits. Twenty eight of the 2017/2018 season fatalities were skiers and nine of the fatalities were snowboarders.

In terms of physical injuries, further data from the past decade shows that the most common injuries sustained in winter sports’ accidents by a considerable margin were head injuries (see below). 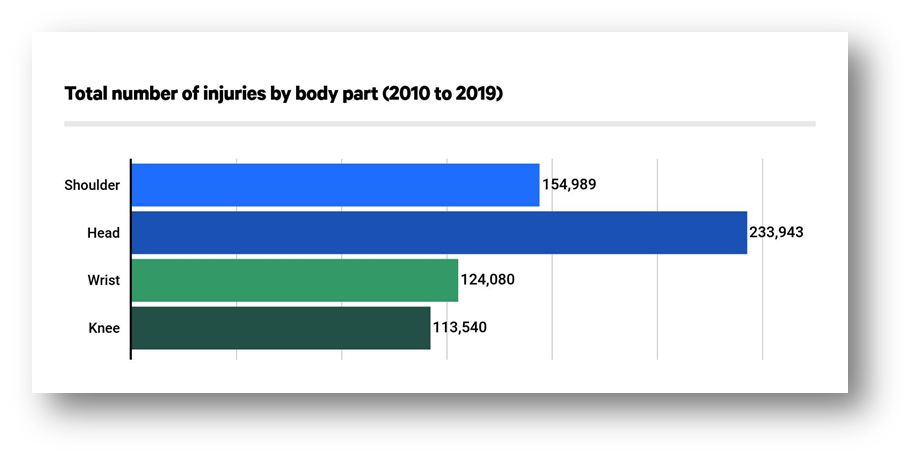 However, as with fatalities, winter sports-related head injuries have decreased by 33 per cent since 2010. This is believed to be linked to the increase in the use of helmets in that time.

Head injuries are not the only concern for winter sports’ enthusiasts. Research shows that shoulder, wrist and knee injuries are also among the most common injuries to be sustained. This is almost certainly because winter sports’ participants often reach out with their arms to brace for falls, making wrists vulnerable to damage.

Following closely behind wrist injuries, knee injuries, including ACL and MCL tears, are often suffered in the winter sports’ sphere, especially within the skiing community. There are a number of contributing factors, but the main reason is likely to be that ski boots are clipped into skis, and so whilst ankles are firmly fixed, the knees are not, and so they are more susceptible to injury.

Acknowledging the dangers of winter sports

Acknowledging the dangers of winter sports, raising awareness and taking precautions to mitigate those risks can allow for preparedness and can reduce the risks whilst on the snow. At the very least, taking out comprehensive and activity-specific winter sports’ insurance cover is a must-do before jetting off on any type of winter sports’ holiday.

If you or a loved one has suffered an accident while abroad, our accident and illness abroad claims team could help you.

Acknowledging the dangers of winter sports, raising awareness and taking precautions to mitigate those risks can allow for preparedness and can reduce the risks whilst on the snow. At the very least, taking out comprehensive and activity-specific winter sports’ insurance cover is a must-do before jetting off on any type of winter sports’ holiday. 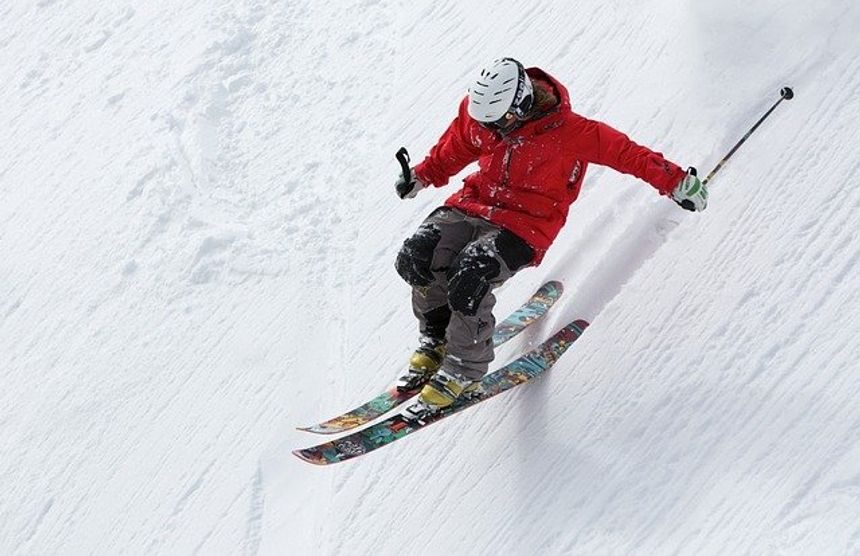