Across the UK at least 12 people died and more than 900 were injured last year in collisions involving e-scooters, according to the Parliamentary Advisory Council for Transport Safety.

There has been an exponential increase in incidents involving e-scooters, largely outside of the pilot areas.

What are the proposed legal changes?

The Government, as part of the Queen’s speech, indicated an intention to introduce legislation covering the use of e-scooters. The specifics of the legislation are unknown but are likely to include licence requirements, an age limit, compulsory insurance, and a maximum speed limit.

Although illegal, given the widespread use, it would not be realistic or possible for local police forces to enforce the law with any real vigour.

Will there be insurance if I'm injured in a private place?

The Government is also pressing ahead with the Motor Vehicles (Compulsory Insurance) Bill having recently passed through Parliament.

The Motor Insurers’ Bureau, which had liability to compensate victims injured in private places, welcomed the news of passing the financial liability of supporting those injured to the taxpayer albeit with policyholders potentially saving up to £50 on their motor policies.

What are the liability considerations?

It appears to only be a matter of time before e-scooter incidents are the subject of trials. Three significant liability considerations which will of course be fact specific, are likely to include:

If an e-scooter was being ridden illegally when the rider was struck by a vehicle, ex turpi (the illegality defence) is likely to be raised.

The Supreme Court in Henderson has moved the ex turpi consideration away from a conventional causation analysis towards a consideration of public policy.

However, Lord Hamblen appeared to suggest that causation could still be a relevant consideration quoting Lord Toulson in Patel with the four factors:

Lord Hamblen further stated: "When considering the circumstances relating to the illegality, whether there is a causal link between the illegality and the claim, and the closeness of that causal connection, will often be important considerations”.

It appears apparent that the Supreme Court by introducing public policy considerations are attempting to allow “wriggle room” for those cases whereby the injury has two or more causes, one of which is illegal.

This is unlikely to assist e-scooter riders. A conventional analysis of causation would allow less “wriggle room” particularly when one considers what cause had the most potency in the context of a collision.

The arguments in respect of a cyclists failure to wear a helmet are well-established [see Smith v Finch [2009] EWHC 53 (QB)]. These arguments will be utilised when in comes to e-scooter riders injured.

Labour MP and Chairperson of the Parliamentary Advisory Council for Road Safety, Barry Sheerman, has urged the Government to consider introducing a law to criminalise e-scooters wearing headphones.

It is unlikely, based on the current authorities, to matter whether there is a legal compulsion for e-scooter riders to wear safety helmets or to not wear headphones. This is because a failure to wear a helmet or wearing headphones might expose the rider to the risk of greater injury; subject to causation, any injury sustained might be the rider’s own fault in part, Froom v Butcher [1976] Q.B. 286, [1975] 7 WLUK 114 applied, leading to a finding of contributory negligence.

The location of the incident

Given the upcoming implementation of the Motor Vehicles (Compulsory Insurance) Bill, it is foreseeable that disputes will emerge as to whether an incident took place on a road or other public place or private land.

It remains to be seen whether a shopping centre is likely to be classed as a public place. It would be on the face of the Road Traffic Act 1998 definition (see Section 185). The current legislation treats e-scooters as a class of motor vehicle.

There may also be disputes as to rights of way through fields and whether the incident was on the public easement or private land.

At present, there remains a lot of uncertainty. This highlights how the legislative programme has been “behind the pace” when measured against the exponential increase in e-scooter usage  across the United Kingdom.

Wearing headphones while riding e-scooters is not currently against the law but Labour MP Barry Sheerman, chairman of the parliamentary advisory council for road safety, wants it to change 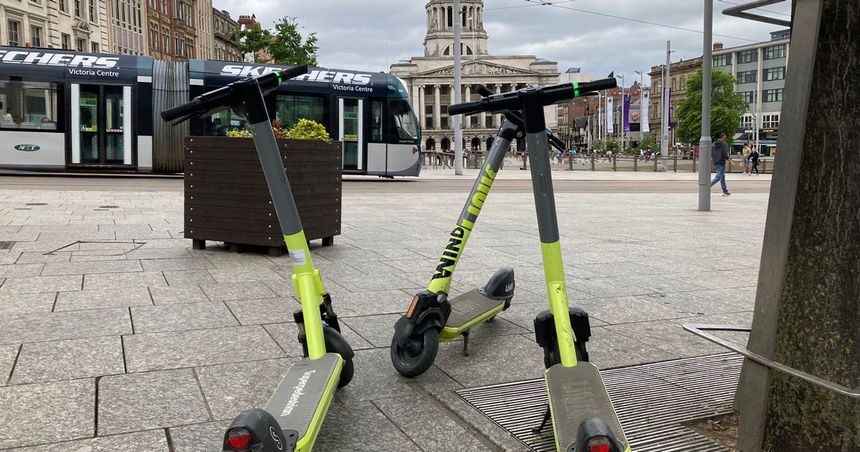