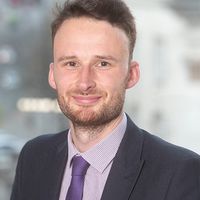 The scope set out in these terms includes to review the leadership, culture, and governance in the MoD regarding future major programmes and how these can be improved to ensure timely and appropriate escalation of problems up the chain of command. This also includes scope to examine systemic issues in terms of escalating problems.

The terms of reference also state that the existence of noise and vibration problems should not be examined, nor should the communications systems used be considered. It also states that the review should not consider the ongoing delivery of the Ajax programme.

The terms are ultimately disappointing, particularly in light of the Policy Paper review published in December 2021 which concluded that the vehicles from the programme were not fit for purpose, and caused potential harm to army personnel through noise and vibration.

The Policy Paper review went on to cite the factors as being responsible for these issues. Tellingly, “the Armed Forces’ relationship to harm” was identified as a key reason for the failings. Specifically, the review criticised the culture within The Army and highlighted that soldiers were essentially expected to put up with the risks in question. Tellingly, the conclusion states that “Society and the law expect MoD to do better and requires it to have systems in place that protect its people from harm”.

In light of these alarming conclusions, it is surprising and disappointing that that the culture within The Army regarding risks to military personnel does not form part of the terms of reference for the independent review. We act for a number of military personnel who have suffered noise induced hearing loss, and other injuries, following their involvement with this programme, and it is clear that there were considerable issues that jeopardised the safety of military personnel.

Failings within the acquisition were also noted by the Policy Paper, with the paper finding that other factors were clearly favoured over safety in the MoD’s decision making process.

The culture within the MoD was again criticised regarding this, with the Paper going as far as to state that “the culture in MoD does not currently ensure safety is considered within strategic decision-making”.

Again, this impact on safety is not likely to be covered by the independent review as a result of the extremely narrow terms of reference making it more likely that these mistakes could happen again. Unfortunately these failings relating to safety are something we as specialist MoD claims solicitors see all too frequently.

The terms of references are therefore disappointing, and will likely dishearten those affected who are looking for answers regarding the risks they were exposed to. The review is given little flexibility, with the focus seemingly very narrow.

The reference to culture being reviewed within the independent report is welcome given the issues identified in the above mentioned Policy Paper, but it is disappointing that the report is not asked to examine the impact of culture within the MoD on the potential safety of military personnel.

It may be that this is something that the MoD does not wish to draw attention to, but this would have been an excellent opportunity to address potential failings in this respect so that military personnel are better protected in future.

It is noteworthy that the review specifically states that the existence of noise and vibration problems should not be commented upon. This is unsurprising given such problems are giving rise to personal injury claims against the MoD which will naturally be reluctant to publicly commission the gathering of relevant evidence as a result.

This may also be the reason that military communication systems are specifically excluded, as there were potentially issues with the equipment provided to military personnel, which may have contributed to their exposure to noise.

Overall, the commission of an independent report is clearly a positive step. However the published terms of reference suggest that opportunities could be missed in terms of lessons being learnt with regard to the safety of military personnel.

Find out more about Irwin Mitchell's expertise in helping members of the Armed Forces who have suffered injuries following their involvement with the Ajax armoured vehicle programme at our dedicated Ajax vehicles section.

The Ajax armoured vehicles are supposed to provide the Army with the latest cutting edge digital battlefield technology. As of December 2021, more than 300 personnel may have been harmed by vibration and noise during testing, which has led to the significant delays.