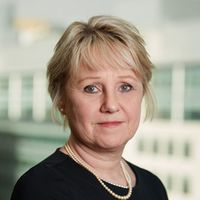 Many injured military personnel making a claim under the Armed Forces Compensation Scheme (AFCS) for a service-related injury will have come up against deadlines and time limits imposed under the scheme, which once expired, will mean that a decision cannot be challenged either by application to reconsider or appealed.

The one-year deadline between procedural stages may seem like plenty of time, but the reality is, especially when someone is particularly unwell, that time passes and they find themselves with a final decision which they believe to be fundamentally wrong but the opportunity to challenge it has passed.

It is correct that time limits apply to each stage of a claim which are strictly adhered to, but hidden in plain sight, within the AFCS, are three procedural stages which may enable a claim to be reopened, sometimes a number of years “out of time” under the normal procedural deadlines.

Under Article 55 in the scheme, there is a process called Service Termination Review (STR).

Many personnel will make an AFCS claim while still serving but may not be about to be discharged. Article 55 provides that where a decision has been made in the seven years prior to the discharge date then, upon the date of discharge, a period of one year is allowed in which an application can be made to Veterans UK to review that earlier decision.

The discharge need not be a medical discharge for the condition to which the AFCS decision relates.

An example of where this procedure can be very useful was a case where one of our clients had proceeded to tribunal with the decision not going in his favour. He had been discharged two weeks prior to the tribunal hearing date. There was, therefore, no need to appeal the decision to the Upper Tier Tribunal, but rather we made an STR application which took the claim right back to the beginning, gave fresh reconsideration and appeal rights and when we reached the tribunal stage the second time around the client succeeded and achieved the top award for his injury.

The second article which can assist where other time limits have expired is under Article 56, an “Exceptional Circumstances Review (ECR)”.

Unlike a STR, an ECR can be made while still serving, and although the process is similar to requesting a STR, the award being appealed must have been made within the previous 10 years.

There are several criteria that have to be met, including that the injury has worsened unexpectedly and exceptionally since the award was first made.

Any such application must be made within 12 months from the start of the worsening of the applicable condition. It is, therefore, very important that if such an application is to be made the time is not wasted in making the application so that the 12 months deadline does not expire.

If those 12 months have expired, then the application will be rejected and correctly so under the wording of the scheme.

The third, and arguably most useful procedure available, is set out in Article 59 in the scheme.  This is known as the ignorance or mistake procedure.

Under Article 59 it is possible to challenge even historic decisions which would be considerably out of time under normal circumstances. The most common example of where this arises is where a final decision was made when, on all the facts knowable at the time, the award should have been made an interim award and, therefore, subject to a review after a period of time.

It frequently happens that someone who is badly injured or unwell will receive a final award, be either not well enough to challenge it or not fully appreciate that they can do so or, indeed, how.  They may have an underlying belief that the award was always incorrect on the evidence but assume that they have lost any chance of rectifying the situation.

It would be easy to assume that mistakes are rare and that evidence and information that is knowable when a decision is originally made is always taken into account.

Sadly, a Freedom of Information Act request carried out in relation to the number of Article 59 applications made to Veterans UK revealed that, between the period 1 August, 2018, and 31 March, 2020, a period of just 19 months, that no fewer than 337 such applications were made. Out of those 337 applications, 229 were upheld in favour of the applicant.

In other words 229 mistakes had been made in that short period alone.

Even having identified a possible mistake has been made there is no guarantee of a successful Article 59 application, but if you think there is something wrong then there is nothing to be lost by asking the question.

If you have any questions relating to an Armed Forces Covenant Scheme claim, a decision you have received or wish to read more about it, more information can be found at our dedicated AFCS section. Alternatively more on Irwin Mitchell's expertise in supporting injured armed forces personnel can be found at our military injuries section.

Injured soldiers have been “laughed at” and “belittled” by officials involved in awarding payouts from the MoD’s medical compensation scheme....