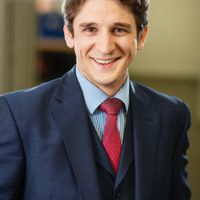 Please note: This article was written ahead of Remembrance Day and is in present tense.

On Remembrance Day, the nation will stop to hold a moment of silence to remember and honour those who have served valiantly to protect our country and the freedoms that we enjoy. People who have lost family members will be using this moment to remember the ultimate sacrifice that their loved ones made to help shape the world we live in today.

I personally will be remembering my great-great grandfather, Major Fred Davenport, who died during the Battle of Passchendaele in 1917.

Major Fred, as he has always been known since, served in the 1st North Staffordshire Regt, from 12 December 1891. He then joined the Reserves as an Officer on 23 February 1898.

He was not initially called up to serve due to his age and his importance to the war effort on the home front as a result of him being Chairman of Messrs. Wardle & Davenport Ltd in Leek. However, he wanted to serve and do his part, and therefore re-joined at the outbreak of war. He was gazetted Captain and Hon. Major on 15 October 1914, reaching the rank of Major on 1 June 1916.

He served with the expeditionary force in France and Flanders from March 1917.

Major Fred had a distinguished career during World War I. He was awarded the Military Cross on 14 August 1917 and Distinguished Service Order on 20 August 1917 for his actions and gallantry during his time on the Western Front. He was also mentioned in Dispatches by Field Marshall Sir Douglas Haig. 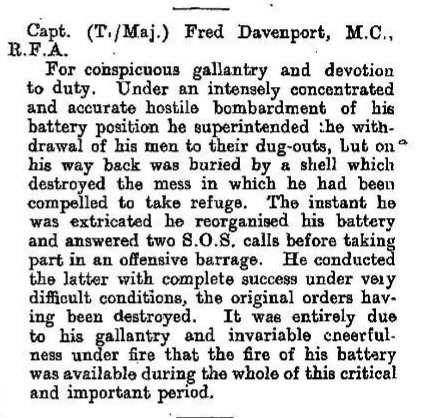 Unfortunately, Major Fred was never to return home to his wife, Alice, or two sons, Frederick Leslie and Henry Kenneth. Major Fred was killed in action, aged 44, when his dugout took a direct hit from a German mortar on 25 September 1917 alongside his Lieutenant and Chaplin – who are buried either side of him in the Reservoir Cemetery in Ypres.

His grave reads 'Where the light of the life of him is on past things, death only dies'.

His sacrifice and bravery will never be forgotten by the family.

In 2014, I was fortunate enough to travel with my father to Ypres to visit his grave and attend the Last Post at Menin Gate. The impact and gravity of the sacrifices made by so many cannot be overstated. Anyone who has visited Menin Gate will have been hit by the enormity of the losses and families that were torn apart by the war, but whose gallantry and sacrifices allow us to enjoy the freedoms we now take for granted.

When he is old enough, I will share this same special moment with my son.

My family are lucky in that we have a fixed grave both in Ypres and Leek to Major Fred. Those named on Menin Gate have no fixed graves and their bodies were never found, some 54,000 young men from all corners of the Commonwealth. It is just one of four memorials to the missing in Flanders known as the Ypres Salient.

On Remembrance Day, I will be holding a moment of silence and raising a glass in recognition and honour of my great-great grandfather.

Find out more about Irwin Mitchell's expertise in supporting members of the Armed Forces following an injury at our dedicated military injuries section. 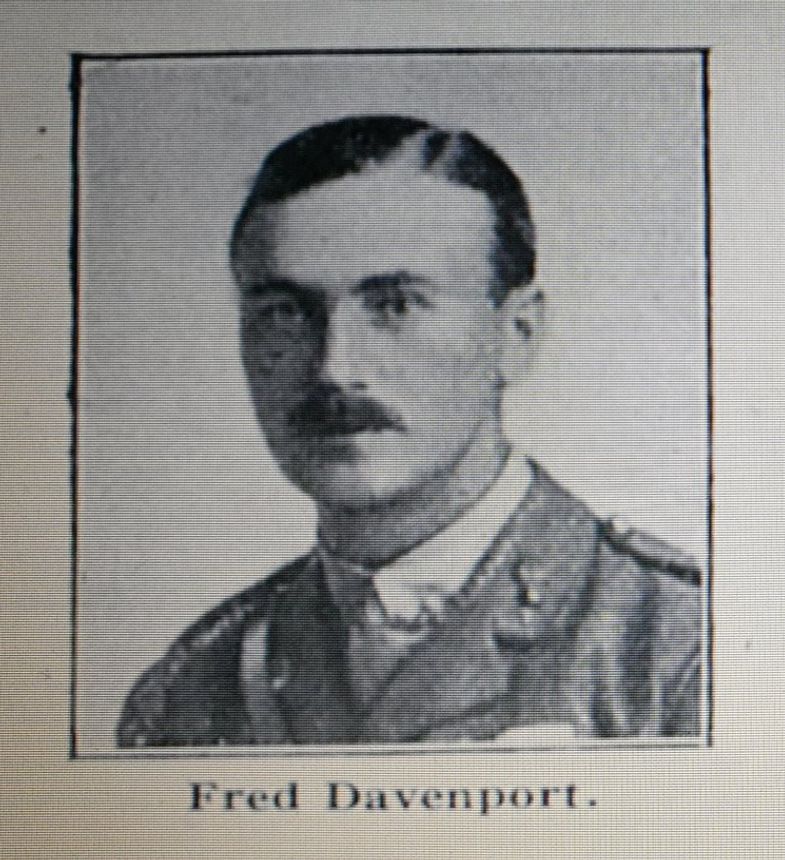