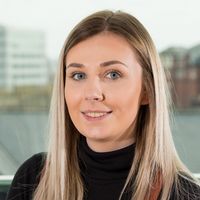 On 29 January 2022, the Highway Code was refreshed and updated, seeing the implementation of eight key new changes which applied to road users.

The changes were made following a public consultation on a review of the Highway Code to improve road safety for people walking, cycling, and riding horses.  Amongst the changes included a new hierarchy of road users, new rules for people crossing the road at junctions, and positioning in the road for cycle users.  We have written about the changes previously.

The Highway Code is produced by the DVSA and Department for Transport, to advise road users in Britain.

There has been a concerning increase in the amount of counterfeit highway codes being sold. Road users who rely on the fake publications and incorrect advice, could also fail theory or practical driving tests, alongside committing road offences.

Drivers are now being warned to be aware of fake Highway Code books being sold online full of misinformation.  The Driver and Vehicle Standards Agency (DVSA) have said that people could be involved in collisions or break the law if they rely upon the fake publications.

The official DVSA Highway Code book can be bought online for £4.99 from the publisher, The Stationery Office’s website, and is also available online for free on the government website.

The more recent changes have also been concisely outlined also via the government website.

How to spot a counterfeit and/or fake versions

All road users should ensure that they are buying the Highway Code from a reputable source or use the online guidance available via the government website.   Guidance from the DVSA has confirmed the easiest way to spot a fake is to:

What you can do

All those who think they have been sold a counterfeit copy are being encouraged to contact their local trading standards officer or the DVSA at crowncopyright@dvsa.gov.uk. In appropriate examples, it's worth making a report to the local police.

It's important that every road user ensures that they are aware of the Highway Code rules and up to date with the changes.  Not only will this ensure you are not breaking the law, but it can also save lives and help avoid harm to the public from happening as a result of collisions.

Fake Highway Code books filled with "misinformation" are being sold on popular retail websites, drivers have been warned.

The updated Highway Code: Where are we now?
David Withers